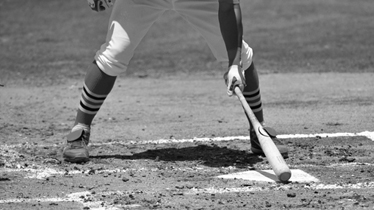 In the late 19th century, Henry Chadwick, an English statistician and cricket fan, introduced the concept of batting average to the masses. In simple terms, batting average is the number of hits divided by at bats, reported to three decimal places. If a baseball player is higher than .300, then he or she has an excellent record relative to other players. But the same cannot be said for investment managers. In fact, a batting average of .300 would be below the threshold for success for most investors.

As all mutual fund prospectuses state, “past performance is not indicative of future returns.” While the average investor is attracted to strong recent performance, the fine print is true in most cases. Coupled with qualitative information and other quantitative tools, batting average can play a key role in selecting fund managers who will deliver fewer surprises. More specifically, batting average shows:

1. the reliability and consistency of outperformance; and
2. how often a manager adds value.

The batting average score also removes the bias that occurs when investment results are skewed by one strong period or, conversely, a period of mediocre or poor results.

Batting average works best with other measures
Success is a multi-dimensional concept. Batting average is only one measure; it will not consider the amount of risk taken or take into account the degree of over- or underperformance in various periods. As such, it’s critical to understand risk control and downside protection when evaluating or pairing individual managers in a diversified portfolio. An investment manager who outperforms the benchmark consecutively every seven to eight months with one or two months of underperformance is better than someone who outperforms the benchmark once every nine to 10 months with a relatively higher return. That’s because the latter manager generates asymmetric payoffs and high negative skewness. So, investors who are averse to blow-ups and skewness should choose managers with relatively high batting averages.

Batting average works best when combined with other key analytical tools to assess an investment manager’s performance. For example, alpha measures a manager’s performance contribution based on their skill (relative to risks assumed) instead of market movement. Beta, in contrast, compares the manager’s return volatility and correlation relative to the market benchmark. When combined with batting average, an investor can formulate a more informed decision about a manager’s track record. There are also other tools to consider, including r-squared, standard deviation and the Sharpe ratio, just to name a few.

Each of these measures is given equal weight to get a quantitative picture of the strategy’s performance over a multiple instead of single periods. Looking at one quarter or month will result in huge information loss on how the manager/portfolio behaves through different economic cycles. What’s important is to determine if the investment process described by the manager matches the results. For instance, a traditional long-only manager with a low R-squared to their stated benchmark would be a major red flag. However, a deep value manager who uses cash extensively is expected to have a low R-squared.

That being said, the most important starting point in any assessment is choosing the right benchmark and doing your due diligence to understand the portfolio manager’s investment strategy and various benchmark constructions.

Qualitative measures such as the investment management team’s people, philosophy, processes and regulatory track record add another critical layer of analysis in the decision-making process. Combining quantitative and qualitative information together helps determine who to select, how to monitor and when to replace investment managers.

Qualitative and quantitative monitoring is an ongoing process. Managers can submit quarterly questionnaires that provide insight about their firm, their people, and their portfolio’s contributions and challenges. Then, you can score those managers quarterly on both quantitative and qualitative measures, and benchmark them against their respective farm teams: industry peers with the same investment style. This provides a holistic view of a manager’s performance and helps identify changes that may occur before they impact performance.

Ideally, when an investment manager’s style is in favour, we expect positive outperformance relative to the benchmark. Subsequently, when their style is not in favour, we want to see the manager underperform by a small margin. As a result, it is better to hit singles consistently, rather than going for home runs each at-bat and risk striking out


This post was first published in Advisor.ca on November 8, 2016.